The first thing anybody in recording talks about when they talk about Nashville is the players. The pickers, the A-list session players, the speed and brilliance. Next comes the studios, with the tradition-rich rooms, the amazing gear, and the incredible en­gineering talent. But for all the talk over the past 50-plus years about Nashville being a major recording center (which it is), with some of the finest artists, musicians, engineers and facilities on the planet (which it has), it still has a hard time being taken seri­ously outside of country music.

It doesn’t matter that Kid Rock, Jack White, Kings of Leon, Sheryl Crow or Rush either live or record in town. Or that the majority of sessions across Davidson and Williamson counties on any one day fall under rock, pop, blues, gospel, Christian, Americana, jazz, hip-hop or electronic. The general perception remains, especially along the coasts: Nashville is country.

So imagine the challenge of trying to promote Nashville as a destination for orchestral scoring to picture. Hint: It isn’t easy.  “My joke is that when I talk to people in L.A., San Francisco or New York about recording orchestra in Nashville, the question is inevitably: ‘Is that 50 banjo players and a pedal steel?’” says Pat McMakin, direc­tor of operations at Ocean Way Nashville, with a wry chuckle. “I exaggerate, but that’s how unaware the rest of the world is about the breadth of the talent we have here in town. They just don’t put Nashville and scoring together. But we’re trying to change that.”

Five years ago, McMakin assembled his staff and started to talk about what made Ocean Way unique, and where they could find new clients. He talked to musicians, contractors and colleagues, then started prepping his staff and facility for orchestral work, where down time is not acceptable. After three years of actively promoting Nashville in general, and Ocean Way Nashville in particular, McMakin is seeing re­sults. Over the past two years, he’s hosted numerous sessions for the videogame industry, most notably six from Sony PlayStation, but also titles from EA, Micro­soft, Sega, Square Enix and others.

“Nashville has grown a really good core of classical musicians who do session work, full time, from one studio to another,” McMakin says. “That developed over the years because they were fulfilling the demands of our industry. These musicians all have a symphonic background, and a conser­vatory background, but they come here to record, and they do it every day. What I’ve found out is that when you start talking to people about scoring, they ask about the quality of musicianship before they ever think about the studio or anything else.”

Around the same time McMakin was starting to promote Ocean Way and beginning to host sessions, Alan Umstead, a violinist who had played in sym­phonies around the world and came to Nashville with his wife, also a violinist, in 1983 to join the symphony and record on the side, was doing much the same thing from the contractor/player perspective. As concertmaster and president of Nashville Music Scoring, a local recording orchestra, he too began promoting Nashville as a scoring destination.

“We’re like an orchestra that has been playing togeth­er for many years,” Umstead says. “We have thousands of hours in the studio, with clicks and headphones. It’s what we do all the time, side by side. Everyone is an excellent sight reader. There is very little wasted time. Everybody who comes here says that there is no place in the world that works as fast as we do, and as accurately. The L.A. clients will come out and book three days and we’re done in a day and a half. We are so efficient, and so accurate. That’s our big selling point.”

They are also talented. Marc Senasac, Sony PlayStation’s music engi­neering manager who has recorded game scores at Abbey Road, Skywalker Sound, Prague and L.A., says “They are the only orchestra I know that really plays with feel. A lot of other orchestras have a classical sense about them. In Nashville, there are a lot of young people coming off pop projects or country projects or Broadway or the road, and they have a real sensibility for pop and rock. It’s the perfect orchestra for games. We found out how good a set of musicians can be who play together every day, day in and day out, next to each other in ensembles. That doesn’t happen anywhere else.”

Still, great players will rarely be heard if there aren’t great studios to host them. Great doesn’t just mean big ceilings and a rich sound. The studio has to be prepared for the demands of orchestral work—no squeaky chairs, a podium that accommodates a spread-out score and timecode display, and the right mics. It’s no surprise that about two years ago, around the time of Uncharted: Golden Abyss, the first PlayStation project scored at Ocean Way, contracted by Umstead and hosted by McMakin, the two came together in an informal partnership.

“Without Pat making the commitment to make Ocean Way a truly world-class studio for orchestra, it wouldn’t matter how good we were,” Umstead says. “From the start, it was clear that he wanted Ocean Way to not be a compromise to Abbey Road or L.A. He wanted to be on par with any studio in the world.” 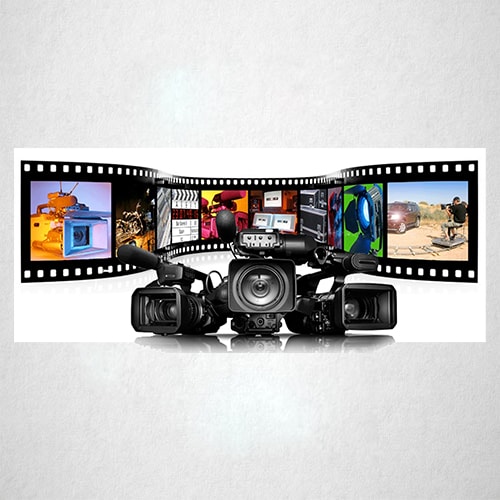